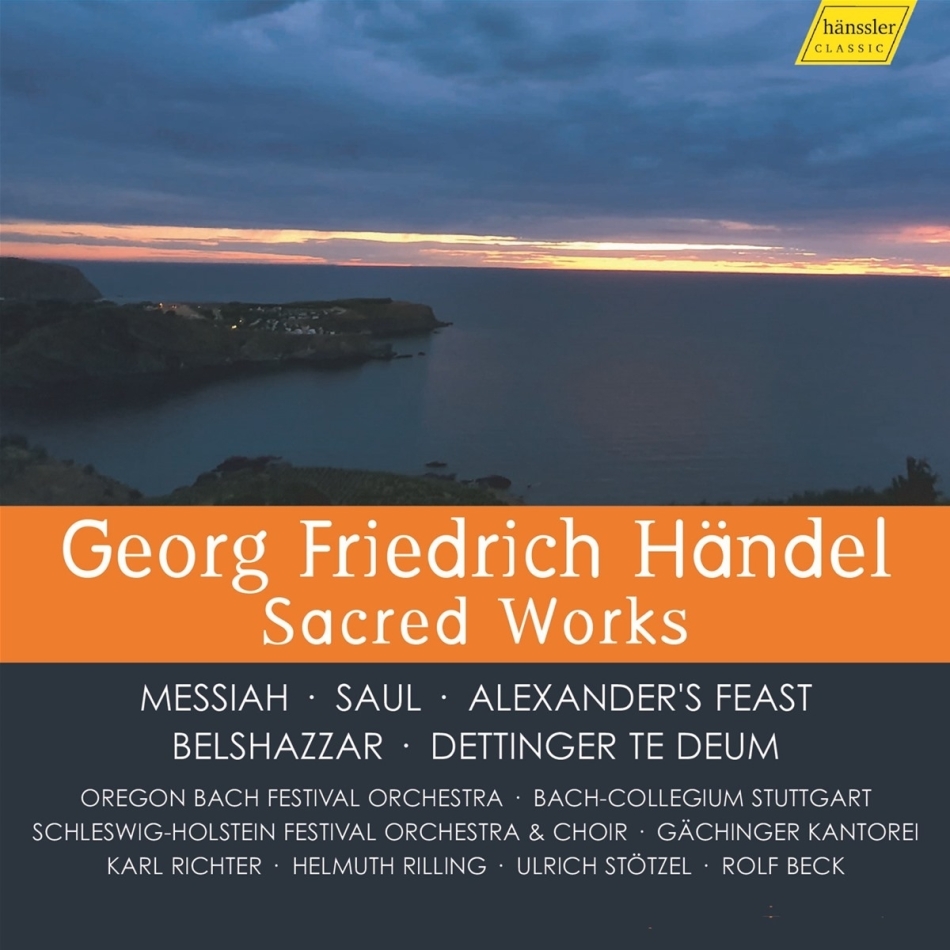 Unlike Johann Sebastian Bach, one of the supreme composers of the high Baroque, Handel was not by profession a church composer. He did write a number of anthems and smaller sacred works and invented the English oratorio, a hybrid of sacred and secular elements that assures his renown in sacred music, particularly through a single work of that genre, Messiah. Messiah bookends this ten-album set, with a which begins with the original, and ends with Mozart's arrangement of the work. Also included are Saul, Alexander's Feast, Belshazzar, and Dettinger te Deum. These reference recordings are presented by the biggest names of baroque music scene: Karl Richter, Helmuth Rilling, Ulrich Stötzel.