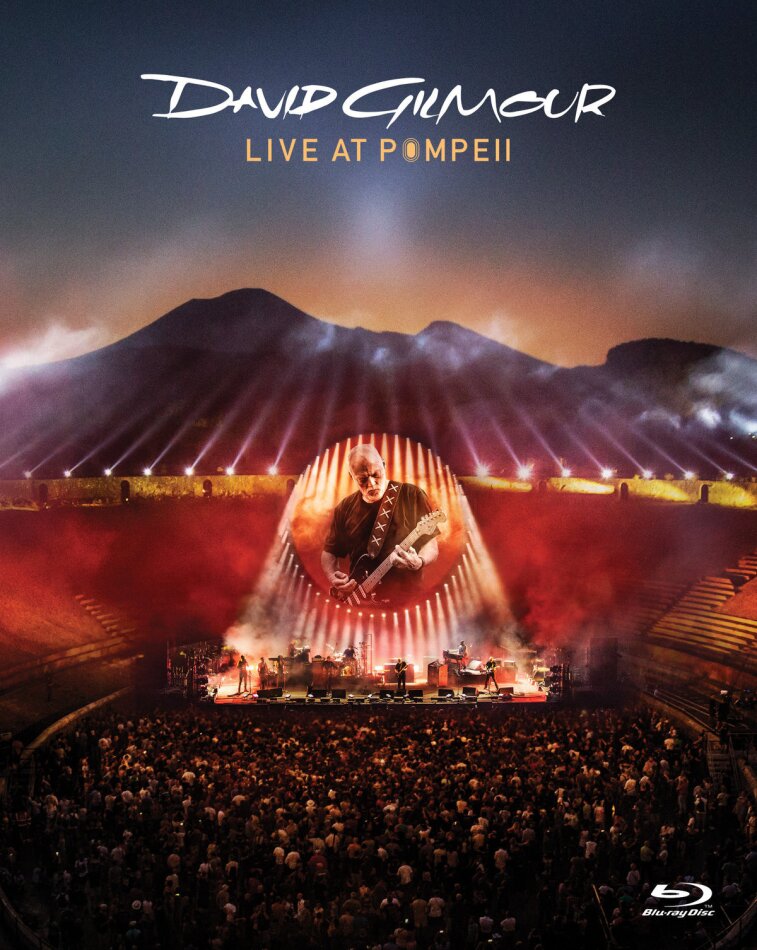 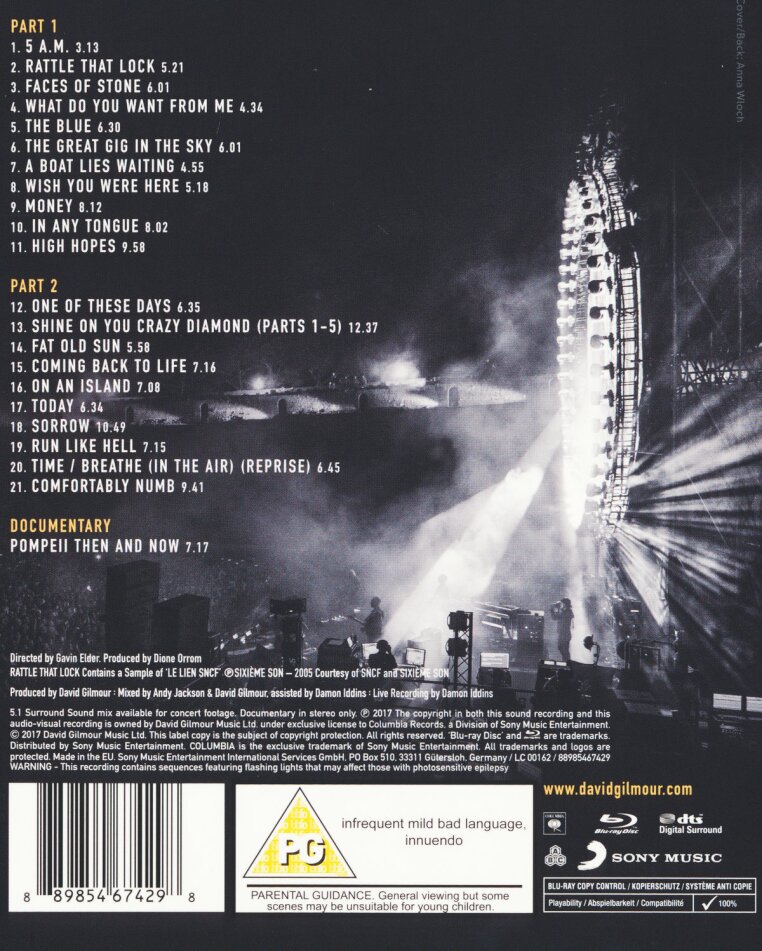 Live At Pompeii is the project from David Gilmour, and follows his critically acclaimed studio album Rattle That Lock from September of 2015. Following the release of Rattle That Lock in 2015, David Gilmour set out to play a series of concerts in historic venues across the world. On July 7th and 8th, 2016, David Gilmour performed two spectacular shows at the legendary Pompeii Amphitheatre in the shadow of Mount Vesuvius, 45 years after he first played there for Adrian Maben's classic film Pink Floyd Live at Pompeii. The concerts were the first-ever rock performances played to an audience in the ancient Roman amphitheater, which was built in 90 BC and entombed in ash when Vesuvius erupted in AD 79. David Gilmour is the only performer to play to an audience in the arena since the time of the gladiators, almost 2,000 years ago. Speaking about the Pompeii shows David Gilmour commented 'It's a magical place and coming back and seeing the stage and the arena was quite overwhelming. It's a place of ghosts...' Includes songs from throughout David's career including the title tracks of his two most recent #1 solo albums: Rattle That Lock and On An Island. Also included are other solo and Pink Floyd classics such as 'Wish You Were Here,' 'Comfortably Numb' and 'One Of These Days,' the only song that was also performed by the band in 1971. Both concerts also saw extraordinary performances of 'The Great Gig In The Sky' from The Dark Side Of The Moon, which David rarely plays as a solo artist. The concert performance film, David Gilmour Live at Pompeii, was shot in 4k by director Gavin Elder and includes highlights from both shows. The concert is a spectacular audio-visual experience, featuring the famous huge circular cyclorama screen as well as lasers, pyrotechnics and stellar performances from an all-star band.