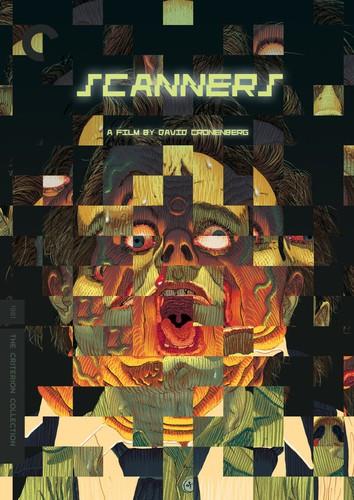 Welcome to the world of the Scannersa race of humans with telekinetic powers that can wreak havoc beyond your most dreaded nightmare. Writer/director David Cronenberg (The Fly, Naked Lunch) brings the terror closer than ever beforehe brings it right into your mind. Cronenberg is a modern-day horror master whose name fits in easily with the likes of King, Craven and Carpenter...and Scanners, with its spectacular and shockingly realistic special effects, is a startling masterpiece of the genre. When a rogue Scanner of unparalleled power (Michael Ironside) wages a bloody war against the normals, young empath Cameron Vale (Stephen Lack) is recruited to trackhim down. But Vale is inexperiencedand a battle with another Scanner could mean a grisly death...or worse.

With Scanners, David Cronenberg plunges us into one of his most terrifying and thrilling sci-fi worlds. After a man with extraordinary - and frighteningly destructive - telepathic abilities is nabbed by agents from a mysterious rogue corporation, he discovers he is far from the only possessor of such strange powers, and that some of the other "scanners" have their minds set on world domination, while others are trying to stop them. A trademark Cronenberg combination of the visceral and the cerebral, this phenomenally gruesome and provocative film about the expanses and limits of the human mind was the Canadian director`s breakout hit in the United States.