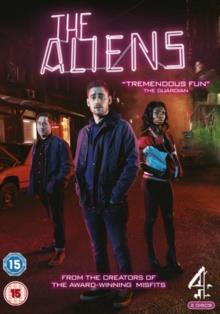 The aliens are here. And they look just like us. After they crash-landed in the UK 40 years ago, attempts to integrate them into society failed. Now, these aliens – or "Morks" – are penned into a bustling ghetto called Troy. It’s a gangster’s playground of full-on parties and brutal violence, run by some very bad people. Lewis Garvey is a young border guard at the wall that separates humans from this rowdy favela. Like most people, Lewis thinks Morks are scum. So when he finds out he’s half-alien, his whole world is turned on its head. After he meets a seductive alien gangster called Lilyhot, Lewis is drawn into Troy’s dark underbelly. It’s the start of a twisted adventure that will change the way he thinks about Troy – and himself – forever.