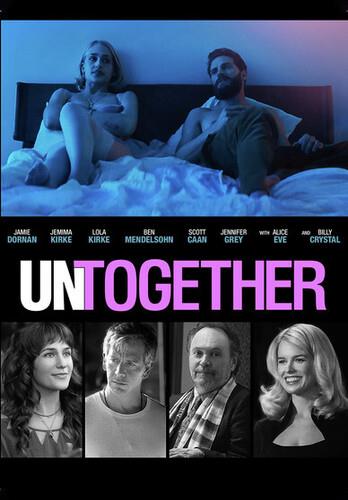 Andrea (Jemima Kirke) lost herself in writing, becoming a teen prodigy before moving on to heroin. Now she lives sober, but the words seem gone forever. Hitting thirty, she finds herself drawn back to a one-night stand, Nick (Jamie Dornan), a doctor who lost himself in the desolation of the Gaza Strip, before finding international fame for writing about his heroics and love affair there. Living in L.A without a license or credit card, after every night with Nick she rides the bus back up to the home she shares with her younger sister, Tara (Lola Kirke). Tara was never a troublemaker, so inherently good that her way of acting out is to lose herself in religion, falling in love with a Rabbi (Billy Crystal). She's grown up and away from her boyfriend, Martin (Ben Mendelsohn), who gave up his Australia-only fame as a rock god, for the less interesting and more stable life of being a house painter (making Tara his God). That is who they've been so far. This is their turning point.