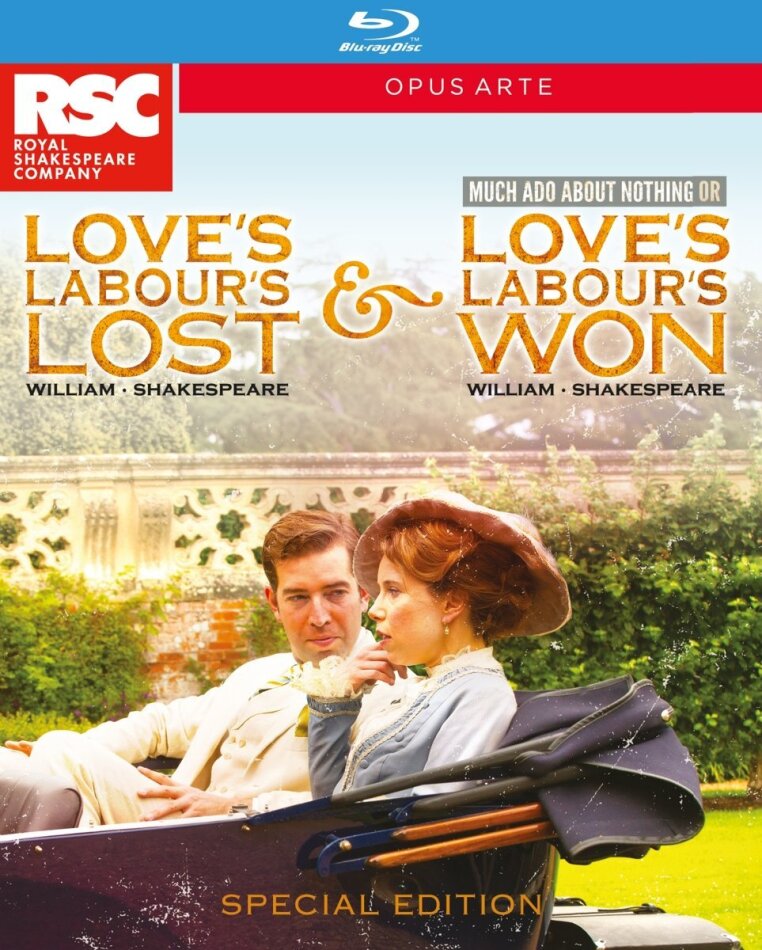 To mark 100 years since the First World War, the Royal Shakespeare Company chose to set this uncommon but apt pairing of two of The Bard's comedies in the era of the Great War. The first of the two is situated in the relatively carefree period a few months before the outbreak of conflict in 1914; the second just after it's end four years later. Although the jury is still out on whether the play more commonly known as Much Ado About Nothing was alternatively titled Love's Labor's Won in Shakespeare's time, the coupling of plays is unquestionably fitting. The characters may be different, but the earlier comedy leaves a number of threads dangling (or labors seemingly lost) at it's conclusion, and it is much the same tensions - interpersonal, philosophical or political - that are shown to exist between other, analogous characters, and that are finally resolved, in the later play. The exquisite acting, ingeniously composed music and accomplished directing of these complementary productions by the company and staff of the RSC bring Shakespeare's comic masterpieces together to create a result both coherent and un-missable.