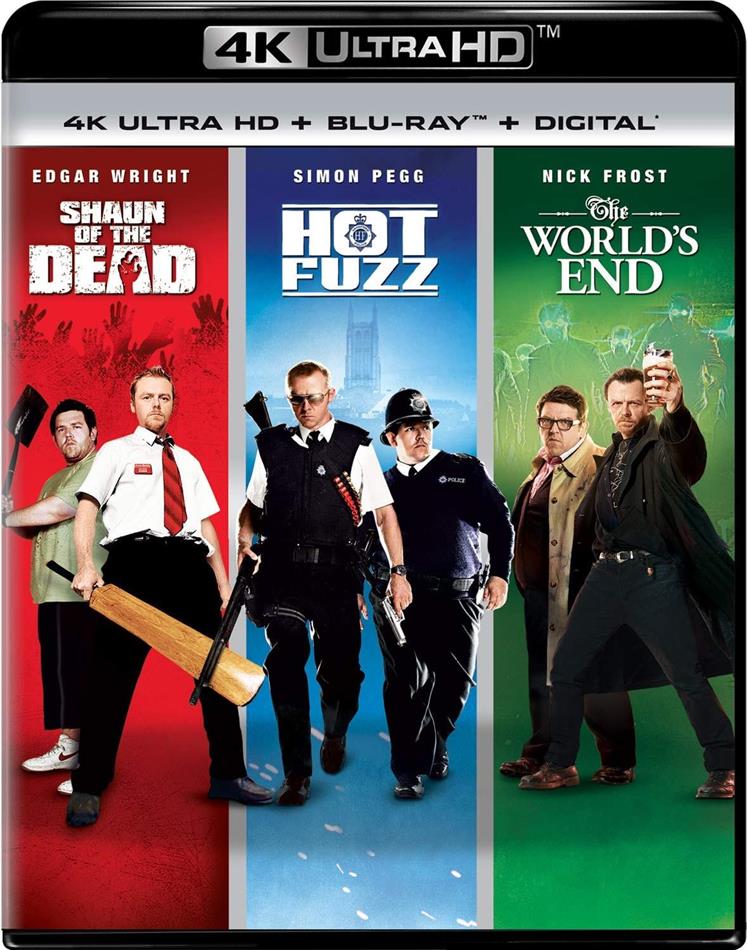 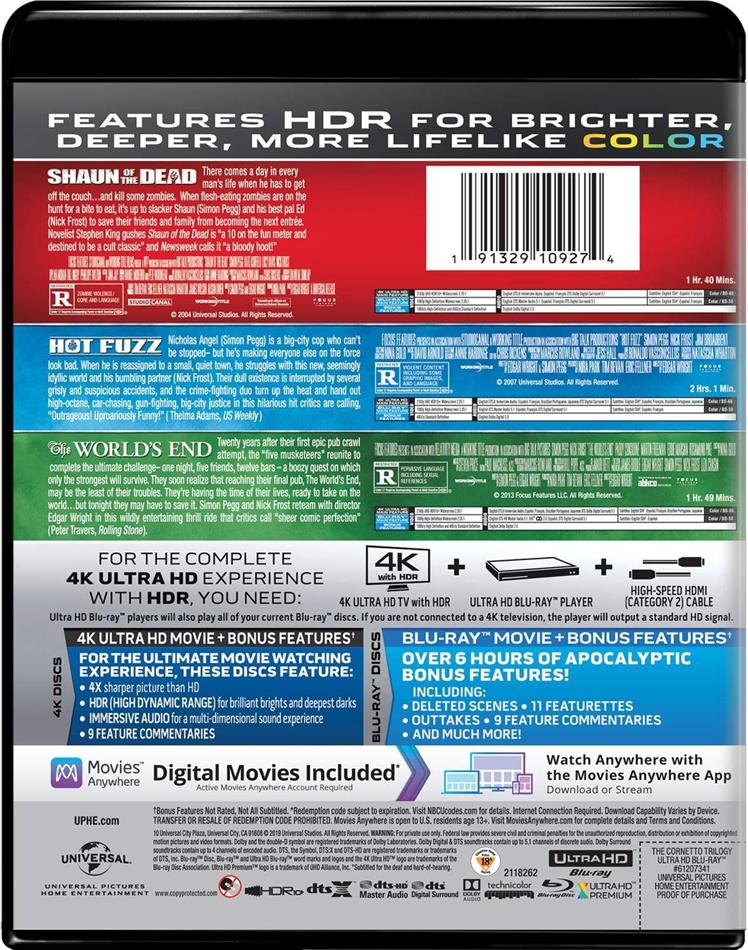 The World`s End
Twenty years after their first epic pub crawl attempt, the "five musketeers" reunite to complete the ultimate challenge - one night, five friends, twelve bars - a boozy quest on which only the strongest will survive. They soon realize that reaching their final pub, The World`s End, may be the least of their troubles. They`re having the time of their lives, ready to take on the world... but tonight they may have to save it. Simon Pegg and Nick Frost reteam with director Edgar Wright in this wildly entertaining thrill ride that critics call "sheer comic perfection" (Peter Travers, Rolling Stone).

Hot Fuzz
Nicholas Angel (Simon Pegg) is a big-city cop who can`t be stopped - but he`s making everyone else on the force look bad. When he is reassigned to a small, quiet town, he struggles with this new, seemingly idyllic world and his bumbling partner (Nick Frost). Their dull existence is interrupted by several grisly and suspicious accidents, and the crime-fighting duo turn up the heat and hand out high-octane, car-chasing, gun-fighting big-city justice in this hilarious hit critics are calling "Outrageous! Uproariously Funny!" (Thelma Adams, US Weekly).

Shaun of the Dead
There comes a day in every man`s life when he has to get off the couch...and kill some zombies. When flesh-eating zombies are on the hunt for a bite to eat, it`s up to slacker Shaun (Simon Pegg) and his best pal to save their friends and family from becoming the next entree. Satisfy your bloodthirsty appetite with the movie that masters of horror and film critics alike are hailing as the funniest and scariest movie of the year. Novelist Stephen King gushes "it`s a 10 on the fun meter and destined to be a cult classic." and Newsweek calls Shaun of the Dead "a bloody hoot!" It`s a screamingly hilarious zomedy that will have you dying with laughter.