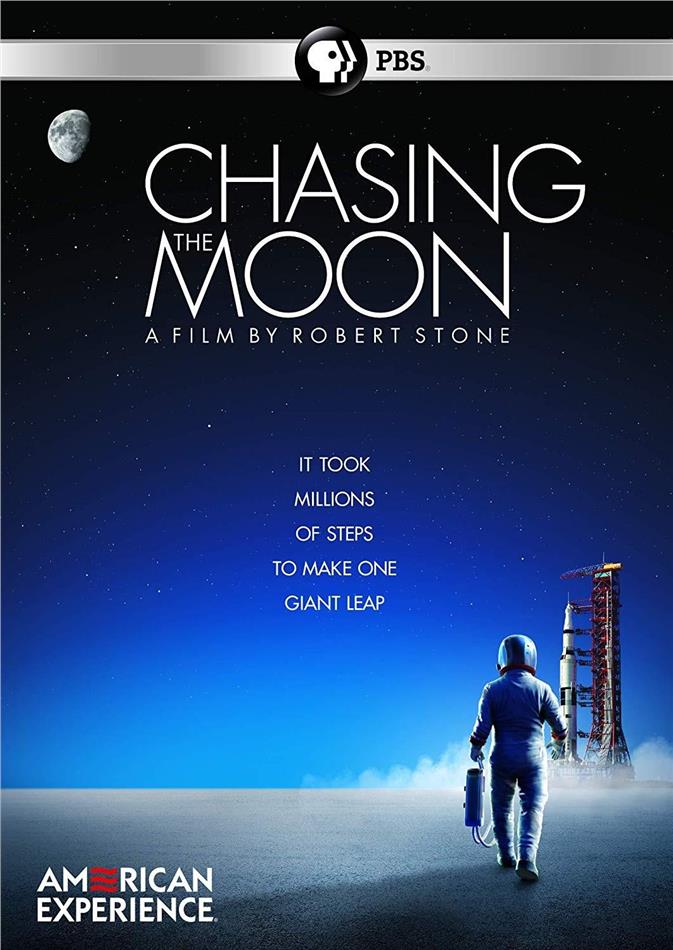 Chasing the Moon thoroughly reimagines the race to the moon for a new generation, upending much of the conventional mythology surrounding the effort. The 6 hour, three-part series recasts the Space Age as a fascinating stew of scientific innovation and PR savvy, political calculation and media spectacle, visionary impulses and personal drama. With no narration and using only archival footage including a visual feast of previously lost or overlooked material the film features new interviews with a diverse cast of characters who played key roles in these historic events. Among those included are astronauts Buzz Aldrin, Frank Borman and Bill Anders; Freeman Dyson, the renowned futurist and theoretical physicist; Sergei Khrushchev, the son of former Soviet premier Nikita Khrushchev, who played a prominent role in the Soviet space program as a rocket engineer; Poppy Northcutt, the 25-year-old mathematics whiz who gained worldwide attention as the first woman to serve in the all-male bastion of NASA's Mission Control; and Ed Dwight, the Air Force pilot selected by the Kennedy administration to train as America's first black astronaut.
While other documentaries have largely painted a familiar narrative of goals set, obstacles overcome, disasters averted and missions accomplished, Chasing the Moon tells a vastly more entertaining and surprising story. As the film reveals, the drive to land a man on the moon was fueled as much by politics as it was by technology and was a controversial undertaking during a volatile time.

Part One: A Place Beyond the Sky begins in 1957 and tracks the early years of the space race as the United States struggles to catch up with the Soviet Union. The episode reveals breathtaking failures and successes of the nascent American space program and demonstrates the stakes and costs of reaching the moon.
Part Two: Earthrise - 1964-1968, four heady, dangerous years in the history of the space race, focusing on the events surrounding the Apollo 1 and Apollo 8 missions. As Americans moved through the 60s and reflect on the challenges ahead, many begin to wonder: What exactly is it going to take to beat the Soviets to the moon?
Part Three: Magnificent Desolation - 1969-1970, takes Americans to the moon and back. Dreams of space dramatically intersect with dreams of democracy on American soil, raising questions of national priorities and national identity. The final episode also considers what happens to scientific and engineering programs and to a country after ambitious national goals have been achieved.