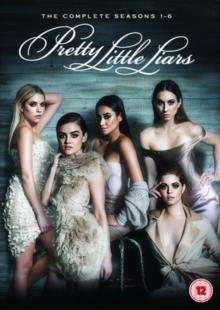 The one-hour drama follows four teenage girlfriends -- Aria (Hale), Emily (Mitchell), Hanna (Benson) and Spencer (Bellisario) -- who each began receiving threatening messages from someone named "A" one year after the supposed murder and disappearance of their friend Alison (Pieterse), a notorious queen bee. Somehow "A" knew their most private secrets; things the girls hoped would remain hidden. As the torment and manipulations continued, destroying relationships and affecting their loved ones, the tension continued to build as Aria, Emily, Hanna and Spencer discovered strengths they didn't know they had and experienced scares they could never have imagined -- scares which didn't end even when Alison returned and their frenemy -- and suspected "A" accomplice Mona (Parrish) -- was thought to be murdered....