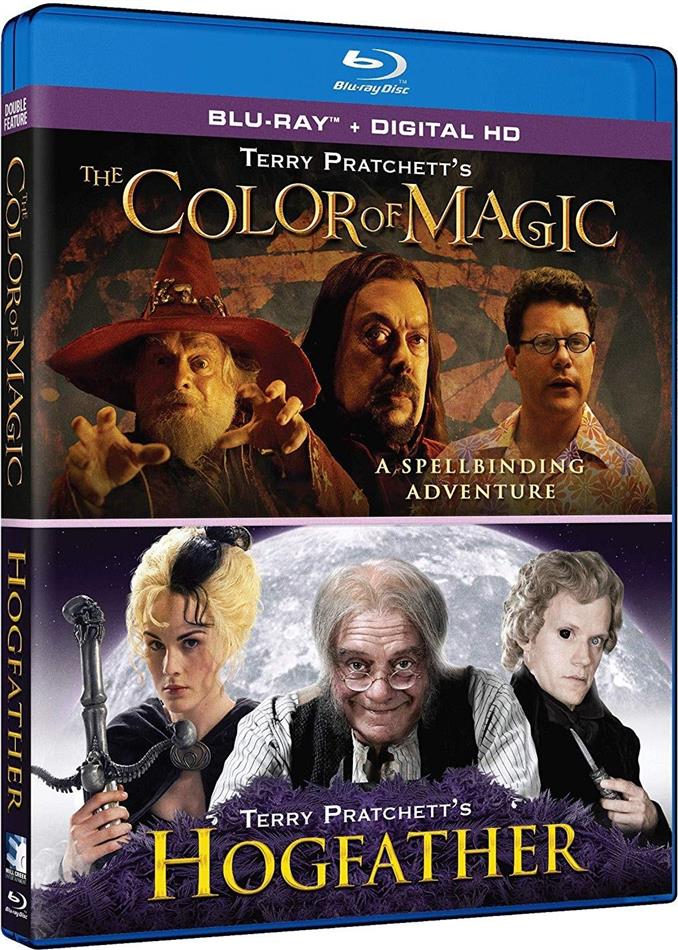 THE COLOR OF MAGIC
Inside a magical realm known as Discworld, a naive tourist (Astin) is on holiday until a terrible fire breaks out, forcing him to flee along with an incompetent wizard (Jason). Now, as the clueless pair set out on a magical journey across the disc, neither realizes that they are merely pawns in an elaborate board game being played by the Gods. After encountering a pair of barbarians, they take a trip to an inverted mountain housing dragons that only exist in imagination, survive a fall off the edge of the disc during a perilous visit to the country Krull, and attempt to beat the wizard's former classmate (Curry) to a collection of eight spells that could save Discworld from total destruction.

HOGFATHER
Hogfather is the magical, menacing, wicked, and witty family story unlike anything else you could ever imagine. From the imagination of best-selling author Terry Pratchett comes Hogfather. It's the holiday of Hogswatch, the night when kids anticipate presents from the beloved Hogfather. But someone wants the Hogfather out of the way. Now it's up to the most unlikely of heroes to get the holiday back on track.