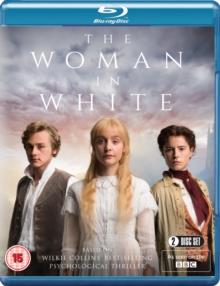 The world of The Woman in White is one of intrigue, danger and psychological suspense.
Wilkie Collins beloved mystery novel has taken generations of readers on a thrilling ride along the corridors of English country houses, and down into the dankest, deepest corners of the Victorian madhouse.
This bold new adaptation by Fiona Seres for BBC One retains the creeping atmosphere that has captured the imaginations of the book's readers for over a century, while bringing a distinctly modern take to its striking female characters, its charismatic, formidable villains, and its gripping, labyrinthine plot.
A timeless classic, it has as much to say to audiences today as it did in 1859.