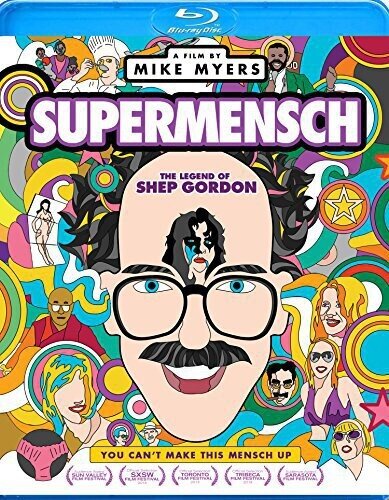 Supermensch: The Legend of Shep Gordon (2013)

In his directorial debut, Mike Myers (Austin Powers, Wayne`s World) steps behind the camera to document the astounding career of friend and Hollywood insider - Shep Gordon. He isn`t a household name, but Gordon became a beacon in the entertainment industry after a chance run-in with Jimi Hendrix and Janis Joplin launched his career in 1968. Since then, he has managed an endless list of talent, including Alice Cooper, Blondie, Luther Vandross, Teddy Pendergrass, Groucho Marx, and Raquel Welch. His management of Emeril Lagasse was the driving force behind the Celebrity Chef, concept that turned the culinary arts into the multi-billion dollar industry it is today. Capitalist, protector, hedonist, pioneer, showman, shaman . . . Shep, or Supermensch, is beloved by the countless stars he`s encountered. Now, Gordon`s fascinating story is told by those who know him best, his pals including Michael Douglas, Sylvester Stallone, Anne Murray, Willie Nelson, and more.