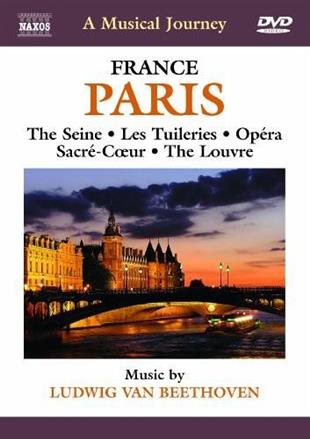 The tour of Paris starts with the Eiffel Tower and includes the famous landmarks of the French capital, the Churches of Notre-Dame and the Sacré Coeur, the Opéra Garnier and the great river, the Seine, that runs through the city. The tour ends with a nocturnal view of Paris and an excursion to Chartres, with its magnificent cathedral. Music for the tour is by Beethoven, who at one time seemed to hope for employment in Paris. His Eroica Symphony was at first intended as a celebration of his one-time hero, Napoleon, but reflected, in the end, his disillusion when Napoleon had himself crowned as Emperor. The music used also includes Beethoven`s Coriolanus Overture, written, not for Shakespeare`s play, but for a contemporary drama by Heinrich von Collin.