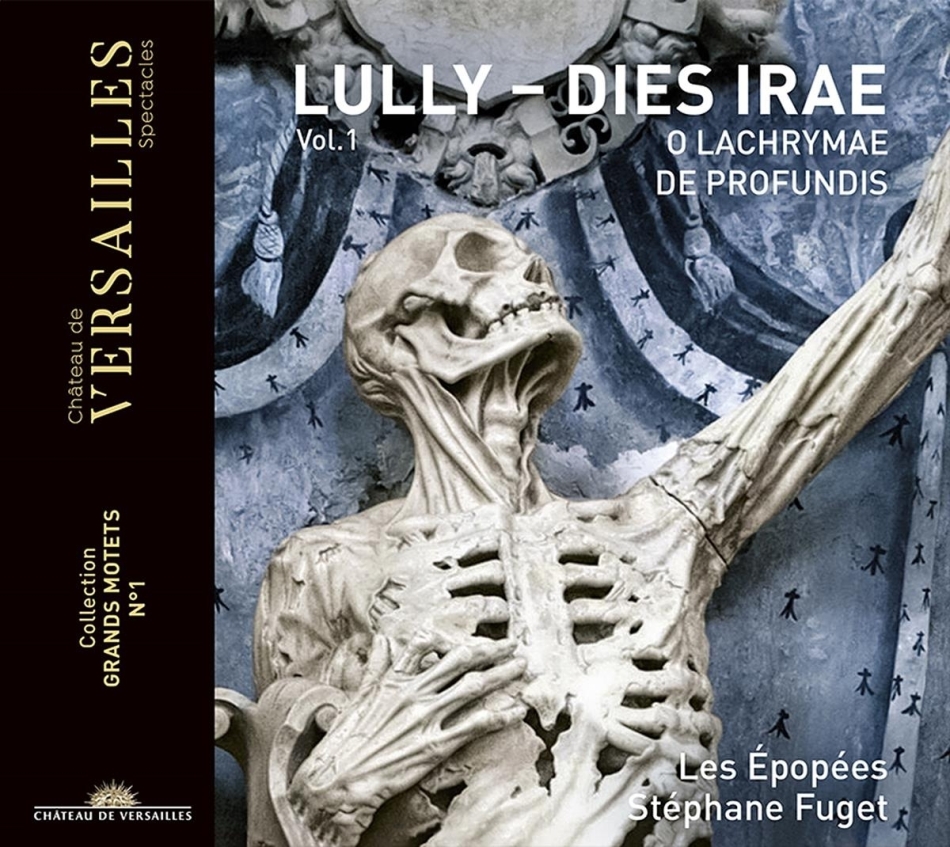 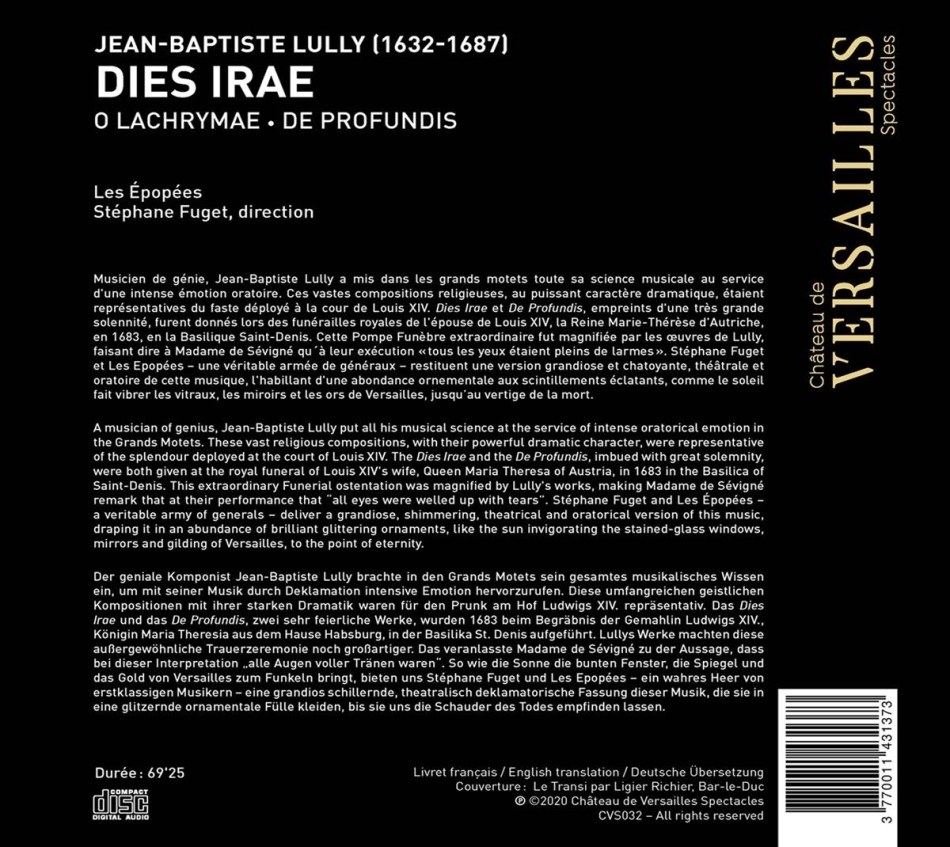 A musician of genius, Jean-Baptiste Lully put all his musical science at the service of intense oratorical emotion in the Grands Motets. These vast religious compositions, with their powerful dramatic character, were representative of the splendor deployed at the court of Louis XIV. The Dies Irae and the de Profundis, imbued with great solemnity, were both given at the royal funeral of Louis XIV's wife, Queen Maria Theresa of Austria, in 1683 in the Basilica of Saint-Denis. This extraordinary Funerial ostentation was magnified by Lully's works, making Madame de Sevigne remark that at their performance that "all eyes were welled up with tears". Stephane Fuget and Les epopees - a veritable army of generals - deliver a grandiose, shimmering, theatrical and oratorical version of this music, draping it in an abundance of brilliant glittering ornaments, like the sun invigorating the stained-glass windows, mirrors and gilding of Versailles, to the point of eternity.