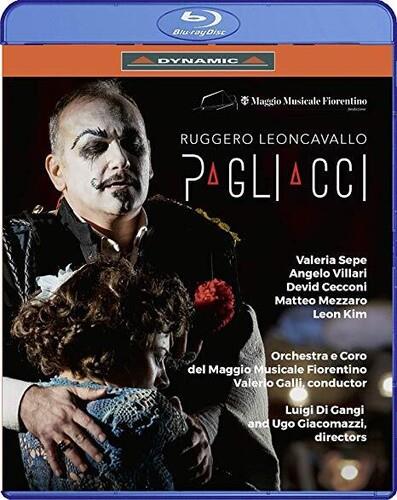 Premiered on May 21st, 1892 at Milan's Teatro Dal Verme under the baton of Arturo Toscanini, Pagliacci was immediately a huge success, and today it's Leoncavallo's most represented operas as "Vesti la giubba" is perhaps one of the most famous operatic arias of all times. The composer drew inspiration from a real incident that had occurred in a Calabrian town, an incident steeped in love and death, which inspired him to write his personal contribution to the new stylistic-aesthetic trends of Italian opera. In the Prologue, Leoncavallo inserted an outright manifesto of Verismo ("real theatre"). His aim was to "paint a scene from real life" and since "the artist is a person, [...] he should write for the people. Therefore, he took inspiration from real life." In the story of Nedda, Tonio and Canio we therefore find a well combined mix of art and reality, operatic theatre and life, with the second almost taking over the first, to the extent that the chorus, towards the end, exclaims, "This scene seems so real!" This production was recorded at Teatro del Maggio Musicale Fiorentino in September 2019 and it was acclaimed as a great success by the critics. Conductor Valerio Galli "reads the score with the proper technique, succeeding in enhancing all the various shades for each scene... Pagliacci is conducted with passion... a careful eye to the dramatic development of the story and the sound is rendered with a variety of shades and colors".