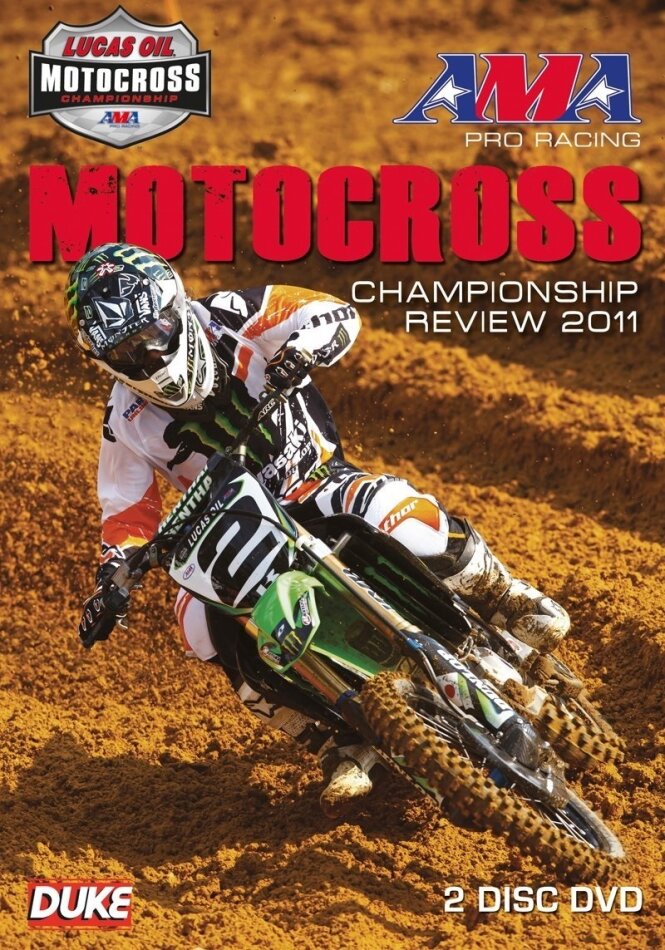 The action in the 2011 Lucas Oil AMA Pro Motocross Championship couldn't have been any hotter and neither could the searing temperatures the riders battled with throughout the year. The official 2-disc review features more than 7 hours of the very best action from throughout America's premier MX championship. There's coverage of every race at all 12 rounds - that's a staggering 48 motos to enjoy as we relive highlights from the title chases in both the 450cc and 250cc classes. The 40th year of Pro MX delivered a thrill-ride, and as we travel across the United States we are treated to the finest high-jumping, elbow-banging, mud-spitting action from every showdown. The riders faced tough, technical courses, hard-charging competition from their rivals and soaring temperatures, taking a toll on man and machine. The official review has the full story of the intense 450cc battle, as defending champion Ryan Dungey fights Ryan Villopoto right down to the very last moto of the season, while the resurgent Chad Reed defies the critics to become a genuine title contender. The tension at Steel City and Pala will have you on the edge of your seat and the dramatic racing will have you leaping out of it! There's also comprehensive coverage of the 250cc class, as Scotland's Dean Wilson digs deep to overcome stunning rides from rivals Tyla Rattray and Blake Baggett to secure the title with a round to spare. Our cameras have captured the most incredible MX action from throughout the 2011 season, including the vital passes and crashes, and it's all here, along with expert commentary and interviews with the stars of the Lucas Oil AMA Pro Motocross Championship.