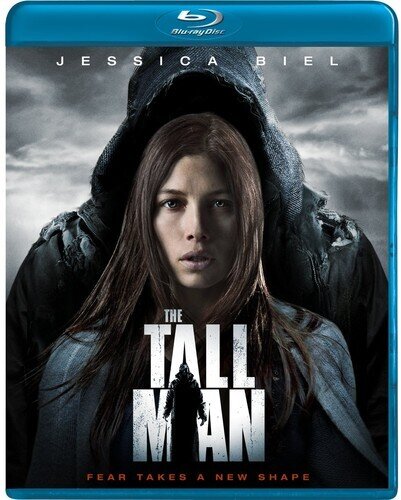 Darkness has descended over the northwestern town of Cold Rock. One by one, its children are disappearing. They leave behind neither clues nor credible witnesses, but instead a legend, a story cloaked in shadows passed from neighbor to neighbor - And with it, a building sense of terror which threatens to devour what's left of the community itself. Superstitious locals talk of "The Tall Man," a mysterious figure who takes the children away, never to be seen again. But Julia Denning has no time for legends or superstitions. A nurse doing her best for the emotionally distraught and economically devastated former mining town, she tries instead to preserve a semblance of normality both at work and at home. Until terror enters her own front door. Waking up in the middle of the night, she races to her child's bedroom, only to discover an empty bed ? and a hulking specter in the downstairs doorway who steals off into the darkness with her boy. As Julia follows in pursuit, she will stop at nothing and will risk everything to save him. Joined by determined investigator, Lt. Dodd and the town's local sheriff, the chase is on and with it the quest for answers: Who is "The Tall Man?" What has become of the children? Soon, the town of Cold Rock will have the answers it so desperately seeks, answers that will shake the community to its core. A suspense-filled thriller like no other, The Tall Man mines a corrosive world of fear and terror before ultimately revealing its own unimaginable truth.