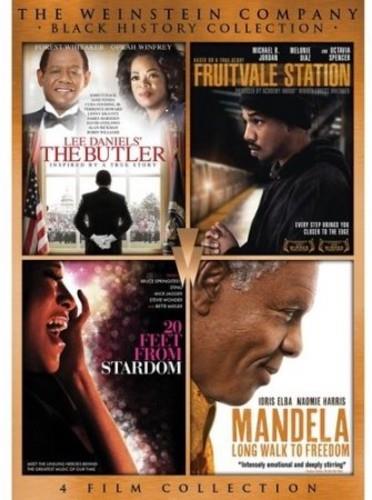 Lee Daniels' The Butler (2013)
Inspired by a true story, Academy Award winner Forest Whitaker stars as Cecil Gaines, the devoted husband, father and White House butler who served seven presidents during some of the most tumultuous and defining moments of the 20th century, in this powerful drama from the Oscar nominated director of Precious

Fruitvale Station (2013)
Filmmaker Ryan Coogler makes his feature directorial debut with this drama centered on the tragic shooting of Oscar Grant (Michael B. Jordan), a vibrant 22-year-old Bay Area father who was senselessly gunned down by BART officers on New Year's Day in 2009, and whose murder sent shockwaves through the nation after being captured on camera by his fellow passengers.

Twenty Feet From Stardom (2013)
They are the voices behind the greatest Rock, Pop and R&B hits of all time, but no one knows their names. Now in this Academy Award nominated documentary, director Morgan Neville shines the spotlight on the untold stories of such legendary background singers as Darlene Love, Merry Clayton, Lisa Fischer, Judith Hill and more. These are the triumphs and heartbreaks of music's greatest unsung talents, featuring behind-the-scenes footage, and vintage live performances.